At least 117 were wounded, including 67 in critical condition.


As horrid as the seven attacks were, they could even have been worse. At least one of the terrorists wearing a suicide vest was barred entry at a stadium packed with 80,000 people.

After guards discovered the vest, the terrorist detonated it. If he blew himself up inside the stadium, the number of casualties might have been in the hundreds of even thousands because of the blast and a stampede of people fleeing the scene.

ISIS posted a video, possibly an old one, after the attack and warned France:

As long as you keep bombing you will not live in peace. You will even fear traveling to the market,” said a bearded Arabic-speaking militant, flanked by other fighters.

It is an act of war that was waged by a terrorist army, a jihadist army, by Daesh, against France. This act of war was prepared and planned from the outside, with accomplices inside.

Six terrorists blew themselves up, and a seventh was shot dead by police. There may have been an eighth terrorist.

At least one of the terrorists was a French citizen. Others held passports from Egypt and, and one was identified as a Syria refugee who passed through Greece before arriving in France.

French police raided the “Brussels neighborhood” where three of the attackers were believed to have resided.

The French Interior Ministry announced that 1,500 soldiers are being deployed to patrol Paris. 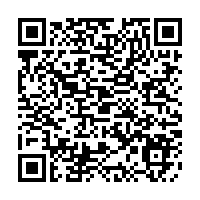