Hundreds of Gaza children — budding guerrilla fighters — were dressed by “camp counselors” in battle fatigues and taught to apply the requisite black camouflage grease beneath the eyes on the skin of their young faces.

Then they were handed guns with which they showed off their new prowess in aiming and firing weapons at enemy targets (read: Israelis and Jews.) 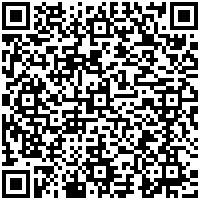