An older Jewish woman who recently immigrated to Israel from the United States on aliyah was attacked when she made her first trip to the Temple Mount this week.

Brenda Rubin, a resident of Jerusalem, was a new Israeli for seven months when she was punched in the ribs Tuesday morning by a burka-clad Muslim woman.

Because the attacker was wearing a burka, as were those around her, security personnel obviously knew it would be impossible to identify with certainty who the attacker had been — possibly a factor in the planning of the Arab harassment campaign in the first place.

“It was my first time on the Mount and it was a very important thing for me,” she said. “This woman in black came in between our lines and gave me a big punch under my rib on my side that I’m still feeling.”

When Rubin reported the attack to a police officer immediately after, he brusquely told her to “file a complaint” (at the nearby police station – after leaving the Temple Mount.)

He took no further action, even though the group of burka-clad Muslim women from which her attacker emerged was still standing nearby, harassing a small group of Jews.

“I feel like, we came to Israel, this is our Land, we didn’t come here to be shivering Jews,” Rubin said in a taped interview afterwards. “It’s really painful that somebody could feel they could come and use the name of God to come and hurt us.”

According to a Facebook post by The Temple Institute, “Muslim women are paid a daily stipend by the Muslim Brotherhood (Hamas) to be present on the Temple Mount during the hours that Jews are allowed on the Mount, and to verbally and physically harass the Jewish worshipers from the moment they enter the Mount to the moment they exit the Mount.

“The Israel police, following strict orders, do nothing to prevent the attacks nor intervene once the attacks have occurred, (due to government fear of offending the Muslims).”

The Temple Mount is the holiest site on earth in Judaism, and the third holiest site in Islam. Nevertheless, the Israeli government has allowed Jordan to govern the site via the Islamic Waqf Authority. Jews are regularly mistreated at the site and sometimes attacked; often they are denied access to the site altogether, despite legal rights to the contrary.

Rubin, who still feels pain in her side, added, “I would like the people who feel that there is some commonality, to come [to the Mount] and walk around on some morning and see… how we’re being harassed – and that’s very disturbing.”

A text at the end of the videotaped interview states in Hebrew: “This time, the blow came as a punch; but the next time could be a knife.” 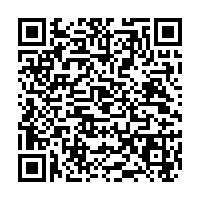