More than 800 young Russian-speaking Jews from Israel and around the world attended the three-day Limmud FSU Festival this past weekend, in Kiryat Moriah, Jerusalem. The festival, run by the Jerusalem Municipality, the Begin Heritage Center and the Hashava Company, offered more than 120 lectures and workshops on fascinating art, culture, philosophy, and religion.

The festival marked the 90th birthday of President Shimon Peres, and the 100th birthday of late Prime Minster Menachem Begin with two remarkable photo exhibitions following the lives and contributions to the State of Israel by these two leaders.

Katya Osmekhousky from Moldova, one of the participants the Festival, who attended her first Limmud FSU conference five years ago, said: “Limmud empowers you by connecting interesting Jewish people from different countries who have different points of view. It also gives me the freedom to go to the lectures I’m interested in, which also gives me the freedom to learn in my own way.”

The first Limmud Conference took place in England in December 1978. Initially a local event, after more than 30 years Limmud has become a worldwide educational phenomenon in more than 60 countries and in as many languages. Limmud FSU (Former Soviet Union) for Russian-speaking Jews was founded in 2006 by Chaim Chesler, former head of JAFI’s delegation in the FSU. Sandra Cahn, a philanthropist from New York, supports and reinforces Jewish education and identity to Jews from the FSU, the U.S. and Israel.

Limmud FSU events have taken place in Russia, Ukraine, Moldova, Belarus, Israel and the United States – wherever there are communities of young Russian-speaking adults hungry for Jewish knowledge and culture. All Limmud events are organized and run entirely by volunteers.

The Cycle Of Life Continues 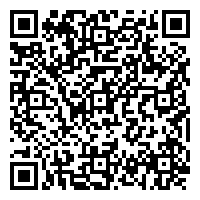