At least one American Jewish organization gave presidential candidate Hillary Clinton’s speech to the American Israel Public Affairs Committee the thumbs down. Although the audience applauded, Clinton’s ideas were retreads of tried and failed policies.

Clnton spoke during the day, on Monday, March 21 to AIPAC’s policy conference in Washington, D.C. Clinton is the frontrunner for the Democratic nomination for President.


The Republican frontrunner, Donald Trump, is scheduled to speak during the late afternoon, early evening session, along with the other two candidates for the Republican nomination. Texas Sen. Ted Cruz  is speaking at 6:50 p.m. ET and Ohio Gov. John Kasich will also speak. Neither Trump nor Kasich had the AIPAC speech listed on their website campaign schedules.

The other Democrat running for the party nomination, Bernie Sanders, chose to skip the AIPAC event. That decision was sure to endear him to the many dozens of thugs, including Max Blumenthal – the son of Hillary Clinton’s long-time buddy and Israel policy adviser Sidney Blumenthal – protesting against Israel outside the convention center where the AIPAC policy conference is taking place.

Although Clinton was warmly received, the points she focused on as positives are hardly new, innovative or suggest a smooth road ahead for Israel should Clinton win the general election.

Clinton does not seem to realize that the Israeli people and a majority of the Israeli political spectrum has tired of the unending efforts to twist Israel’s arm to sit at the negotiating table with a Palestinian Arab leadership that rejects any movement forward, that only increases its demands, and that does so while glorifying the barbaric murder and maiming of Israelis.

Instead, Clinton proudly recounted her efforts to bring Israeli and Palestinian Arab leaders to the negotiation table.

She also appeared to be tone deaf to the widespread anger and dismay by nearly all Israelis and even nearly all mainstream Jewish and other pro-Israel organizations – including AIPAC – to the Nuclear Iran Deal.

She strongly defended the Iran deal, declaring that it has made “the United States, Israel and the world safer.”

One strong note she sang was a promise to rebuff efforts by outsiders – she said the United Nations, it is doubtful she also means the United States – to impose a solution to the Israeli-Palestinian Arab conflict.

The only victim of terrorism whom Clinton mentioned by name was Taylor Force, an American Christian who was stabbed to death earlier this month by a Palestinian Arab terrorist at the Jaffa port.

While there has been an enormous outpouring of grief by Israel and Israelis over Force’s murder, it would have been a reasonable gesture for Clinton to have also mentioned Ezra Schwartz, an American Jewish teenager who was murdered by a Palestinian Arab terrorist just months ago.

When Clinton mentioned Force, she used it to make a strong point, one for which she received huge applause and a standing ovation.

What she said was that the “attacks must end immediately and — Palestinian leaders need to stop inciting violence, stop celebrating terrorists as martyrs and stop paying rewards to their families!” But Clinton made no effort during her tenure as Secretary of State to cut off aid to the Palestinian Authority which pays those rewards.

Although Clinton’s speech received generous applause, at least one Jewish group had little positive to say about it. In particular, the RJC noted that during Clinton’s tenure as Secretary of State, the relationship between Israel and the U.S. reached its lowest point.

This is the statement put out by the RJC’s executive director Matt Brooks:

Hillary Clinton’s rhetoric rings hollow. Actions speak louder than words and Hillary’s words can do little to paper over her disastrous tenure as Secretary of State. Under Secretary Clinton, the US-Israel relationship reached its lowest point and she supported the United States-brokered, ill-conceived and disastrous nuclear deal with Iran. At every turn when her actions could achieve real results and speak louder than words, Secretary of State Clinton chose instead to sit and do nothing. Pro-Israel voters have learned from painful experience that there is a difference between political speeches and governing priorities. Hillary Clinton has proven time and again that talk is cheap, and today was no different.

The National Jewish Democratic Council did not issue a statement either about Clinton’s AIPAC speech or about the AIPAC policy conference. The only statement of support by the NJDC for any of this year’s presidential contenders was one issued in February, praising Martin O’Malley, as a “true friend to the American Jewish community.” O’Malley suspended his campaign in February. 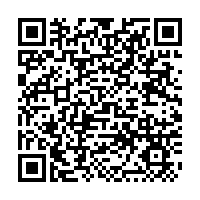