A 2,500 manifesto that apparently was posted by Dylann Roof Storm reveals his obsession against Jews, Hispanics and East Asians, as well as the American flag.

Storm, why has pleaded guilty the murders of nine blacks in a Charleston, S.C. church last week, wrote his rant on the Last Rhodesian website, which originally was registered in his name, according to The New York Times.


The only thing differentiating Roof from Hitler seems to be a moustache.

Photos have appeared of Roof burning and stomping on an American flag.

His manifesto of hate includes referees to blacks, whom he calls “Negroes” and sometimes “niggers,” are stupid and violent. As for Jews, he wrote:

In my opinion the issues with Jews is not their blood, but their identity. I think that if we could somehow destroy the Jewish identity, then they wouldnt [sic] cause much of a problem.

The problem is that Jews look White, and in many cases are White, yet they see themselves as minorities.

Just like niggers, most Jews are always thinking about the fact that they are Jewish. The other issue is that they network. If we could somehow turn every Jew blue for 24 hours, I think there would be a mass awakening, because people would be able to see plainly what is going on.

Roof’s manifesto may be good evidence for his lawyers to prove to the court he is insane. There are several contradictions in his rant.

This White superiority complex that comes from learning of how we dominated other peoples is also part of the problem….. But of course I don’t[sic[ deny that we are in fact superior.

I wish with a passion that n****rs were treated terribly throughout history by Whites, that every White person had an ancestor who owned slaves, that segregation was an evil an [sic] oppressive institution, and so on.

…But it isnt [sic[ true. None of it is…..it is all based on historical lies, exaggerations and myths.

… Only a fourth to a third of people in the South owned even one slave. Yet every White person is treated as if they had a slave owning [sic] ancestor.

As for Hispanics, Roof declared:

Hispanics are obviously a huge problem for Americans. But there are good Hispanics and bad Hispanics…..They have respect for White beauty, and a good portion of Hispanics are White…..

There is good White blood worht [sic] saving in Uruguay, Argentina, Chile and even Brasil [sic].

But they are still our enemies.

He also stated that East Asians are racists.

Roof wrote, “I hate the sight of the American flag,” and he said that “modern American patriotism is an absolute joke” but he “would have rather lived in 1940’s American than Nazi Germany.”

His Hitler-minded manifesto states that “drastic action” is needed to keep minorities from taking over the United States.

Roof maintains that black are inherently different from white, explaining that “anyone who thinks that White and black people look as different as we do on the outside, but are somehow magically the same on the inside, is delusional. How could our faces, skin, hair, and body structure all be different, but our brains be exactly the same? ”

One photo of Roof has a clear reference to Hitler. He is shown at a beach with the number “1488.” a code used by White supremacists. The number 14 refers to a 14-word slogan: We must secure the existence of our people and a future for White Children” and is apparently inspired by an 88-word passage in Mein Kampf.

The digits “88” have at least two meanings. The letter “H” is the eighth letter in the alphabet, and two of the letters together, which would be 88, are the initials for Heil Hitler. 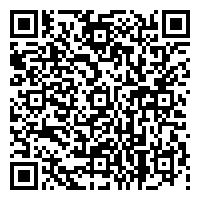