It appears that Iran soon will put the Brooklyn Bridge on sale.

The regime’s Fars News Agency, whose previous journalistic scoops include Iran’s having found a cure for cancer, has reported that Syrian war planes killed three Israeli and Jordanian officers in a supposed air raid on Al Nusra forces in Dara’a.

The need to release such a report to boost morale is a sign that the Iranian-backed regime of Bashar al-Assad is in bad shape.

In similar operations on Friday, over 100 militants of al-Nusra Front were killed in the Syrian fighter jets’ operations in Dara’a.

The sources said that, over 100 terrorists, most of them from al-Nusra Front, were killed in a series of army airstrikes that targeted their gatherings in Dael town in the countryside of the southern Dara’a city.

If the story were true, it would be a public admission that Syria broke a 48-hour ceasefire, which collapsed before its Saturday expiration date with clashes in three cities, including two that have been surrounded by an alliance of rebels and Al Nusra, linked with Al Qaeda.

The third city is on the Syrian-Lebanese border.

With nearly a quarter of million people killed and half of Syria’s population displaced in the four-year-old conflict, Iranian soldiers are fighting alongside Assad’s forces in a do-or-die attempt to keep him in power.

As for the report of Israelis being killed, there is absolutely no chance that an Israeli soldier would be killed in action without the country knowing about it. 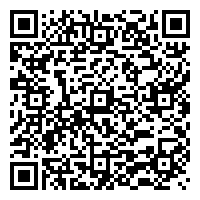