It’s cold in the hills of Binyamin, Samaria and Judea at this time of year, especially on the hilltops, where pioneers and settlers plant their families and their homes.

But the residents of the town of Amona would gladly suffer any wind or freezing rain if it meant they were back in their homes on the hilltop they were forced to leave due to a judgement by Israel’s Supreme Court.

Forty-two families – including some 200 children – have been living temporarily as guests of their neighbors in the nearby community of Ofra while they checked out locations in Binyamin to rebuild their little town.

Many of them are now camped out in Jerusalem, waiting for the government to finish what it started.

Prime Minister Benjamin Netanyahu promised, in writing, that if Amona were to be evacuated the government would immediately act to build a new site for those who were forced out of their homes.

He appears to be doing what he can to make good on his word. They were offered three sites, all of them on state land.

After a series to discussions, the residents of Amona chose the site of an outpost called “Geulat Zion,” located about 10 kilometers north of the center of the town of Shilo, and northwest of the Shilo Valley.

Geulat Zion, in English – the Redemption of Zion – is a hilltop like the site of the town they left. For years Israeli government forces regularly came to dismantle the tents, and demolish the caravans that Jews would erect when they would try to create a community on the hilltop.

But already by last May, rumors were flying that the Defense Minister was planning to establish a new community for the evacuees from Amona “on state lands near the outpost of Geulat Zion,” Ha’aretz reported.

Israeli police “frequently” carried out demolition orders in the outpost there, but last May the plans for a new community on the hilltop of Geulat Zion included 139 housing units – more than triple the number of families who were evacuated from Amona.

It’s not clear how many housing units the government is willing to build there now.

Meanwhile, the people of Amona are living under difficult conditions at a boarding house in Ofra. Those who are reaching their limit transferred themselves on Thursday to a protest tent near the Knesset in Jerusalem, vowing to stay there until the government keeps its promise and approves a new community.

“We’re not looking for easy solutions,” they said in a statement. “We have come to live here in tents near the Knesset until the government fulfills its commitment. We have the strength to build and plant, and that will enable us to rise from our sorrow.

“This is what the Jewish People deserves after the huge damage inflicted upon us.”

The government will discuss – and hopefully, approve – the re-establishment of the town of Amona on the site of Geulat Zion this Sunday at its weekly cabinet meeting.

Meanwhile, the residents of Amona just want to go home. 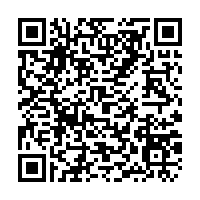