The murder of 13-year-old Hallel Ariel Thursday morning may have been inspired by an exceptionally vile statement made this week by a high PA official, Abbas’ advisor and Fatah Central Committee member Sultan Abu Al-Einein, who on Monday urged Arabs to seek out Israelis in order to cut off their heads.

The statement was made during an interview with Donia Al-Watan, an independent Palestinian news agency, about building peaceful and normal relations with Israel, according to Palestinian Media Watch. Abu Al-Einein explained that he rejects “negotiations, meetings, and normalization” activities and believes that when a Palestinian meets an Israeli he should kill him.


“Regarding the matter of normalization [with Israel] and the participation of members of the Fatah leadership and members of the PLO Executive Committee in Israeli conferences, Abu Al-Einein said: ‘If you would ask me about my personal position, I would tell you — every place you find an Israeli cut off his head. Likewise, I am against talks, negotiations, meetings, and normalization in all its forms with the Israeli occupation,’” Donia Al-Watan reported.

According to PMW, based on his previous statements and Facebook posts it is clear that his statement promoting murder should be taken literally. Abu Al-Einein has stated in the past that killing Jews and Israelis is not merely a Palestinian national goal but is what Allah demands of Palestinians as an Islamic necessity. After the bloody terror attack in November 2014 in which four rabbis were murdered during prayer in a synagogue in the Har Nof neighborhood of western Jerusalem, this Abbas advisor posted pictures of the dead rabbis and a shot of a pool of their blood on his Facebook page to celebrate the murder. He wrote that the butchering of the rabbis with axes and kitchen knives was “the heroic operation at the religious Zionist institute.”

The Coordinator of Government Activities in Judea and Samaria, Maj. Gen. Yoav Mordechai, warned on his Facebook page that Abu al-Einein’s incitements would have “repercussions.”

“Such words, in the summer of 2016, in a region that wakes up and falls asleep to the news of terrorist actions… cannot be allowed to stay within the bounds of rhetoric,” Maj. Gen. Mordechai warned.

Considering that Hallel Ariel’s killer was attempting to cut her throat while stabbing her body repeatedly, it could be established that Abbas’ advisor’s instructions were the driving force behind the despicable attack and that the Coordinator of Government Activities in the Territories should at least pick the man up for questioning. 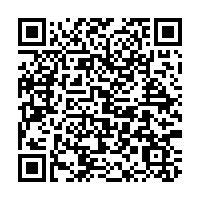