Sheldon Adelson, a top backer of Republican and right-wing pro-Israel causes, advocated bombing Iran with a nuclear device as a means of negotiation.

“You pick up your cell phone and you call somewhere in Nebraska and you say ‘OK, let it go,’ and so there’s an atomic weapon goes over, ballistic missiles in the middle of the desert that doesn’t hurt a soul, maybe a couple of rattlesnakes and scorpions or whatever,” Adelson said in a rare public appearance on Oct. 22 at Yeshiva University in New York. “And then you say, ‘See? The next one is in the middle of Tehran.’”

“So, we mean business, you want to be wiped out? Go ahead, take a tough position and continue with nuclear development,” said Adelson, who owns a major Israeli newspaper which is supportive of Israeli Prime Minister Benjamin Netanyahu.

Adelson said that President F.D. Roosevelt could convince the British that it was “more important to them and to their future” not to sign the White Paper on Palestine in 1939 that limited Jewish immigration to Palestine. FDR had “unlimited leverage” because he could promise the British that the U.S. would enter World War II once the country ceased to be isolationist.

“Given your strong feelings about what the U.S. did not do to prevent the Holocaust,” Boteach asked, what are your feelings about “Obama speaking to Iran right now” and having diplomatic relations with Iran, given its threats against Israel? Not as a political person, but as a prominent American?

“You want to be peaceful, just reverse it all and we will guarantee that you can have a nuclear power plant for electricity purposes, energy purposes,” he said.

Adelson and his wife, Miriam, are major contributors to the Birthright Israel program. 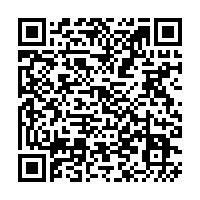