A woman was treated in a hospital for injuries from broken glass when Arabs attacked her car near the village of Azoon as she was approaching the entrance of Ma’aleh Shomron, located several miles east of Kfar Saba at the northern edge of metropolitan Tel Aviv.

Unrelated to the attacks, the Defense Ministry has decided to withdrawal soldiers guarding Gaza Belt communities, according to a spokeswoman for the Sha’ar HaNegev Regional Council. 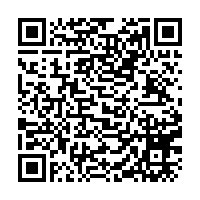