From 1880 to 1924, one-third of the Jewish population of Eastern Europe left shtetls and cities for the United States, fleeing persecution and seeking economic opportunity. Most settled on the Lower East Side making it the most crowded neighborhood in the world. On these shores, Jewish immigrants found themselves in a new kind of densely urban neighborhood. Still, echoes of the old country could be found in the cries of the marketplace, the plaintive tunes of the synagogue, and most of all in the shared Yiddish language of neighbors.

The Blavatnik Archive and the Museum at Eldridge Street “The Jewish Ghetto in Postcards” exhibition, through March 8, 2017, presents rarely seen images of shtetls in Europe that were wiped out during the Holocaust, and the “Ghetto” of the old Jewish Lower East Side. In captivating color and stark black and white, these vintage postcards provide snapshots of vanished places that are at the heart of the twentieth-century Jewish experience.


These early twentieth-century postcards provide important historical perspective of the immigrant experience in America. In captivating color and stark black and white, they recall vanished places that are at the heart of the Jewish immigrant experience. They also suggest how cultural conceptions and types were disseminated in popular culture.

The Jewish Ghetto in Postcards features fifty postcard images, interpretive texts, oral histories, and a digital component that allows visitors to enlarge and examine the postcards and historic materials.

The bulk of the exhibition features images of New York’s Lower East Side, long an immigrant gateway. Images of bustling streets with pushcarts and horse-drawn carriages, a pickle vendor, and a surprisingly beautiful view of tenements with laundry suspended from one tenement to the next recall a by-gone era.

The Lower East Side is described on both the front and back of postcards as “The Ghetto” or “Judea.” During the first decades of the 20th century, the term “the Ghetto” was understood as the place where the Jews lived in New York City. The postcards were collected in albums, sent as a memento from travels, or – as indicated by a message scrawled on one of the featured images – mailed by Progressive-era teachers and workers who wanted to show the atmosphere of the neighborhood where they worked.

The postcards of Eastern Europe depict men with long beards, wooden homes along unpaved streets, and other stereotypical scenes of the shtetl, with captions printed on the cards describing them as “Jewish Types” and the “Jewish Quarter.” Some of these images are snapshots taken by passing soldiers during World War I who were struck by the exotic looking community they encountered.

The Museum at Eldridge Street, 12 Eldridge Street, New York, NY 10002, is open Sunday through Thursday from 10 AM to 5 PM and Friday from 10 AM to 3 PM. Admission is $14 adults; $10 students and seniors, $8 children 5-17; free for children under 5 years of age. Mondays are Pay What You Wish. Entrance to the Jewish Ghetto in Postcards is included with Museum admission. For more information, visit eldridgestreet.org or call 212-219-0302 / 212.219.0888. Please check the Museum’s website for holiday closings including New Year’s Day. 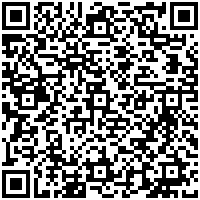