The number of anti-Semitic incidents has jumped 86 percent since the start of 2017, according to new data from the Anti-Defamation League’s annual Audit of Anti-Semitic Incidents.

In that report, the ADL revealed a massive increase in the harassment of American Jews, particularly since November 2016, and double the amount of anti-Semitic bullying and vandalism at non-denominational K-12 grade schools.


But anti-Semitism in America is not new.

Last year there was a 34 percent increase over 2015 in anti-Semitic incidents — assaults, vandalism and harassment — totaling 1,266 acts of hate against Jews and Jewish institutions, with 30 percent (369) taking place taking place after October 2016.

The incidents included hate crimes that were reported on university campuses: 211 in 2016 in California alone, and 87 so far in 2017.

In the first quarter of 2017, preliminary reports of the 541 anti-Semitic incidents included: 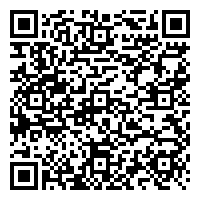