The world’s first “employment agency” offering robots controlled by artificial-intelligence for hire has launched in Israel as a joint venture between SixAI of Israel and Musashi Seimitsu of Japan, according to Daily Mail.

MusashiAI provides a completely autonomous forklift and a visual inspection robot that factories can hire to work by the hour or pay a task-completed rate.


The MusashiAI robots work to a rate of one component every two seconds and an accuracy of 98 percent, according to the company. In contrast, traditional non-AI-controlled robots take more than 20 seconds per component to achieve a 70 percent accuracy rate.

The robots are “genuinely autonomous rather than automated” since they are given tasks and then determine their own optimal way to perform the job at hand, “just as humans do,” explained Ran Poliakine, founder of SixAI.

He added that the two robot models will take on essential tasks that humans find tiring, repetitive or unrewarding, while humans focus on more complicated and engaging responsibilities, where they have a competitive edge over machines.

“Our robot employment agency is a game-changer,” said Poliakine. “It will provide capacity in markets that struggle with labor availability either through the difficulty of the work itself or the cost pressures they face. By offering hourly or task-related salary rates, our autonomous robotic AI employees are easy to plan for and integrate in any factory workflow.” 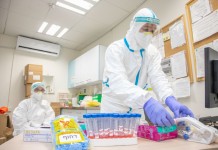 Antisemitism Rages While Diaspora Jews Cling to their Bubble 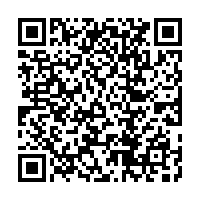