Clinton has said the current Israeli prime minister is “not the guy” to make a peace deal with the Palestinian Authority.


But Dershowitz disagrees. During an interview on The Steve Malzberg Show Tuesday on Newsmax TV, Dershowitz reminded the former American president that first of all, he doesn’t get to choose.

“President Clinton has to understand Israel is a democracy. He doesn’t get a vote. The people of Israel decide who their prime minister is going to be, and they have decided it’s going to be Netanyahu. He is the guy.

Noting that Netanyahu has a reputation for being tough and for keeping Israel’s security uppermost in his priorities, Dershowitz said, “I have to tell you what kind of peace he’s not going to make. He’s not going to do what [former prime minister Ariel] Sharon did in Gaza.

“He’s not going to unilaterally leave. There is needs to be some continuing military presence and control over the border, particularly with ISIS,” he pointed out.

“One great thing about Israel is they never ask America for a soldier,” Dershowitz said. “They always defend with [their] own soldiers.” 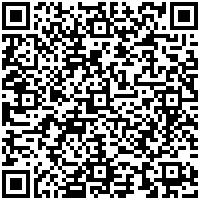