Within seconds, Israeli war planes were in the air and heading south. They may still be there, searching for the rocket launchers from the skies over Gaza.

At present it is not known how many rockets actually were fired from Gaza — or if, in fact, any were fired at all.

Security officials are continuing to report that have found no evidence of rockets that have landed or exploded upon impact anywhere in the areas where the Code Red alert activated. Police in the town of Lachish carried out a search for impact sites and also found nothing.

The IDF Spokesperson insisted that all five of the Code Red rocket alerts were “false alarms.” The statement that was duly reported by all Israeli radio stations — in one case, followed with considerable mirth from the radio hosts.

Leaders on both sides of the border are deeply invested in maintaining at least the image of a “calm” if not the actual reality.

Both Prime Minister Binyamin Netanyahu and Defense Minister Moshe Ya’alon have said they would not tolerate “a drizzle of rocket fire” from Gaza, as has happened in the past.

Yet Tuesday night, the cease-fire was broken with a single Qassam rocket fired at the Eshkol Regional Council district – the first such attack since the end of Operation Protective Edge on August 26.

Hamas reportedly arrested the rocket launching terror cell, but immediately issued a denial of having done so. 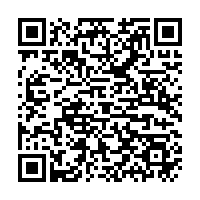