Israeli Ambassaodr Ron Prosor to the United Nations wrote to the undistinguished body Tuesday that he expects it to condemn the latest Palestinian Authority terrorist attack, which killed Malachi Moshe Rosenfeld and wounded three others Monday night.

Prosor noted that since the beginning of the Muslim month of Ramadan, which they consider so holy that it drives them into a frenzy to try to murder Jews and Christians, “There has been a dramatic increase in attacks against Israelis – part of a global surge of terrorism.”

I write to you for the second time in less than two weeks to ​inform you that yet another citizen of Israel has been brutally murdered by Palestinian terrorists…..

Each day seems to bring with it news of a shooting attack, or a stabbing. Just yesterday, a terrorist stabbed a 19-year old female soldier next to Rachel’s Tomb, causing severe injuries. These attacks are a direct result of incitement by the Palestinian Authority in the media and in its education system. Even after this latest incident, the leadership of the PA remains silent, failing to condemn the murder of innocent people.

Prosor noted that the United Nations condemned “in the strongest terms” last week’s terror stacks in France, Tunisia and Kuwait.”

Fulfilling his role as ambassador, he went through he motions to demand that the United Nations also condemn the murders of Jews by Palestinian Authority terrorists, and wrote:

We join in your call that ‘those responsible for these appalling acts of violence must be swiftly brought to justice’  and that ‘these heinous attacks will only strengthen the commitment of the United Nations to help defeat those bent on murder, destruction and the annihilation of human development and culture.

I expect you to condemn the terrorist attacks in Israel in an equally decisive manner.

Terror is terror, no matter where it takes place, or who is harmed. The people of Israel deserve the same level of concern and empathy as any other people in the world.

If the United Nations does actually condemn the murder, it will be done so with a “balanced” resolution that also condemned the “war crime” that Rosenfeld committed by living in Samaria, which Palestinian Authority chairman Mahmoud Abbas has stated over and over will be an Arab country closed to Jews, a volition of the U.N. charter. 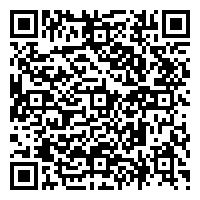