I confess that I never heard of Debbie Schlussel until this morning, when a friend sent me her article “Scarlett Johansson, Israel, Oxfam & SodaStream: Starlet’s No Hero; History of Hanging w Israel Boycotters.”

You know me, I’m a sucker for unexpected news, so I dug right in, but before I did, I checked Debbie’s About page and discovered some stunning facts: did you know that as both an attorney and a frequent New York Post and Jerusalem Post columnist, her writings and commentary on radical Islam and her legal actions against radical Islamic parties have gotten a great deal of attention — and results? She caused FBI Director Mueller to revoke an award to an American Popular Front for the Liberation of Palestine terrorist. She caused Caribou Coffee to have its worst financial quarter ever, when Schlussel exposed the coffee chain’s radical Islamic ownership.


And she went undercover, dressed as a religious Muslim woman, to the Islamic Center of America, to expose its support for terrorism, and anti-American, anti-Semitic hate.

So I wasn’t surprised to find out that Schlussel does not have the highest opinion of Scarlett Johansson. She “obviously knew what she was getting into when she chose to lend her name, face, and presence to Oxfam, an organization that has been openly antisemitic, anti-Israel, and pan-Arabist for decades. It was that way when I was in high school. It’s not news,” she writes.

All of that is completely true. London religious Jews wouldn’t dream of setting foot inside an Oxfam thrift shop. It’s one of those well known things: you can buy Coke without a hechsher and you don’t shop at Oxfam.

“And yet Johansson–who had no problem “dating” (euphemism) anti-Israel Iran apologist Sean Penn, and attending a dinner honoring the Emir of Qatar, Israel-boycotter extraordinaire and owner of anti-Israel, anti-American Al-Jazeera–also had no qualms with Oxfam’s vicious anti-Israel doctrine for the eight years during which she was involved in the organization.”

“If you believe she didn’t know about and didn’t agree with Oxfam’s radical views,” writes Schlussel, “then you also believe the same about Barack Obama sitting in Rev. Jeremiah Wright’s church. And I have some land in Gaza to sell you.”

Schlussel very much doubts Johansson’s pro-Israel credentials, pointing to the actress’s PR statement in response to the Oxfam imbroglio. “She supports Israel AND Palestine. But what is Palestine? I thought pro-Israel people realized there is no ‘Palestine.'”

Schlussel insists the star “didn’t sign on to be pro-Israel. She signed on to make a sexy Superbowl ad and make a lot of money. Cha-ching.”

But Johansson is not the only one getting skewered by Schlussel, who, in 2002, was named by radical Muslim University of Michigan Regent Candidate Ismael Ahmed as the reason for his defeat. You thought SodaStream were the good guys, seeing as they stick it to the left with their kum ba ya hiring policy in Judea and Samaria? You wish.

“SodaStream is one of those typical Israeli companies that panders to Muslims because they are politically correct and think this will help them escape the Judenrein boycott Israel campaign,” Schlussel rages. “They hired a lot of Palestinian Muslim workers. They built an on-site mosque, forever making that mosque (and the ground beneath and surrounding it) Dar Al-Islam [“Islamic land”] in the eyes of Islam. That’s Scarlett Johansson’s kind of company.”

What a huge mistake that was. “But because the company is owned by Jews, it’s never enough,” Schlussel warns. “No ‘good deed’ toward Muslims goes unpunished. Dhimmis are useful idiots, always and forever.”

“Scarlett Johansson as Israel’s new spokesmodel? Not even close,” declares Schlussel. “Courageous? Not even in the same ballpark.” 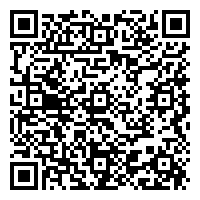