After just 2 days of deliberation by a jury, following a 5 week trial, and 10 years of legal battles, Jordan’s Arab Bank has been found guilty of helping “Hamas militants carry out a wave of violence in Israel that killed and wounded hundreds of Americans,” according to Bloomberg news. The financial assistance to Hamas took place between the years 1998 and 2004.

The trial took place in a Brooklyn federal court.


The court determined that Arab Bank knowingly did business with 150 Hamas leaders and terrorists, and as a result, helped finance and funnel money for 2 dozen suicide bombings and other terror attacks, that led to the deaths of Americans.

The money came from Saudi Arabia and Hezbollah’s al-Shahid Foundation.

There were 297 plaintiffs involved in the case, who were either victims or related to victims in the cases.

The jury concluded that the bank knew they were funding suicide bombings, and the money played a substantial role in making the bombings possible. Arab Bank will need to compensate each of the plaintiffs.

This is the first liability finding against a bank under the US’s antiterrorism act.

There will be a separate hearing for damages, and that number could be in the billions of dollars. 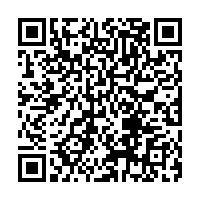