It has been released for publication that the two Hamas terrorists, Marwan Kawasme (29) and Amar Abu Aisha (32) have been killed in a complex intelligence operation by the Shabak, IDF and SWAT teams in an overnight operation in Hebron.

The two were the terrorists who had kidnapped and murdered the three Israeli teenagers, Gilad Shaar (16), Naftali Frankel (16), and Eyal Yifrach (19).


The three boys were kidnapped in Gush Etzion on June 12, 2014, near a hitchhiking post.

The IDF had attempted to arrest the two terrorists, when the murderers began to shoot back. The terrorists were killed in the exchange of fire.

READ: Statement  by the Yifrach, Frankel and Shaar families.

Marwan Kawasme was part of the Hamas military infrastructure in Hebron that also carried out the 2010 Beit Hagai attack that killed four people. 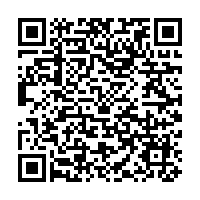