A man in his 40s – the second victim since last Wednesday — has died following a riot at a funeral and general strike by Arab business owners and Negev Bedouin schools in Israel.

The man, a Bedouin, was in his 40s. He was allegedly participating in a riot against Israeli police following the funeral held for a man who was shot by police last Wednesday.

The strike Sunday was held to mourn 21-year-old Sami al-Ajar, a resident of Rahat, the largest Bedouin city in Israel. After his funeral Sunday, more than two dozen people were wounded, including one seriously. Two police officers were hurt, one in serious condition.

The violence began late last Wednesday with a raid by police who came to Rahat to execute a search warrant on a suspected drug house.

Police were attacked by a mob that gathered to hurl rocks, bottles and other objects at the officers.

Police initially used standard crowd-dispersal methods to control the mob, but as things spiraled out of control, they fired into the air to protect themselves and their two prisoners, they said. Al-Ajar was shot in the melee. 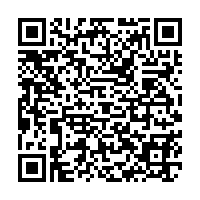