The Lebanon-based Hezbollah terror organization warned Israel Sunday night that its air strike in Syria earlier in the day “could lead to a costly adventure that will put the Middle East at stake.”

The statement, broadcast on the terror group’s linked Al Manar television news channel, came following an IAF helicopter attack on a Hezbollah convoy traveling in the province of Quneitra in Syria.

Lebanese media reported the Israeli air strike on Quneitra in Syria earlier Sunday. Two missiles were fired by an IAF helicopter in the area of Amal Farms, according to the report, later confirmed by Israeli military sources. Two Israeli reconnaissance planes were also seen flying in the area.

The UK-based Syrian Observatory for Human Rights quoted local sources as saying the missiles targeted armed vehicles, adding it was not clear which group the vehicles belonged to.

Lebanese sources reported that six Iranians and five Hezbollah terrorists were killed in the strike, including three senior Lebanese terrorists.

Abu Ali Tabtabai, Hezbollah field commander for Syria operations was allegedly also killed in the strike, according to local reports.

In July 2013, JewishPress.com reported that Hezbollah was setting up a terror division on the Golan Heights. This was followed by a Druze report in October 2014, which warned that Lebanese terrorist Samir Kuntar was in charge of organizing a special Golan Heights terror cell.

CNN Arabic reported several months ago that Mughniyeh was following in his father’s footsteps and had received a respected role in the terrorist organization. He was planning terror attacks against Israelis living in the Golan Heights, according to intelligence sources.

“Jihad Mughniyeh is a ruthless terrorist who created a serious terrorist organization with many capabilities,” a source said.  Rocket barrages and infiltrations using explosives and anti-tank missiles were on the list of attacks planned by Mughniyeh, the source said. 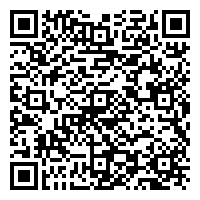