Arikat is thus able to have a grossly disproportionate impact on the huge media outlets who are represented in those press briefings, as well as on U.S. officials who staff and monitor them.

How does Arikat do that? He is part of the Washington press corps and a permanent, and extremely voluble fixture in the U.S. State Department daily press briefings.

From that perch, Arikat patiently, painstakingly, day in and day out articulates the Palestinian Authority’s agenda in the guise of questions about the Middle East conflict, shamelessly couched in advocate’s terms, not those of an objective journalist.

The State Department spokespeople typically respond to Arikat as if he were a lovable, goofy child, one they try to humor. But Arikat is ready with his agenda at each session, and he likes to make sure that the points that matter for his purposes are discussed over and over again, sometimes for days at a time. The State Department almost always obliges.

Here’s just one example from a briefing that took place last Thursday.

During the session, Arikat raised an issue that had been discussed earlier in the week: whether Israeli Ambassador to the U.S. Ron Dermer had acted inappropriately by not mentioning Sen. John Boehner’s invitation to Israeli Prime Minister Netanyahu to speak before a joint session of Congress when Dermer had a meeting with Secretary of State Kerry.

Arikat was following up a series of questions that had already been raised and put completely to rest by Matt Lee, of the Associated Press. Lee acknowledged that the spat over the invitation to Netanyahu had been exhaustively discussed earlier, but he asked about a New York Times article published that day, quoting anonymous sources criticizing Dermer.

Psaki pointed out that she had no idea who the anonymous source was, but assured Lee and everyone else in the room that only official, non-anonymous sources could speak for the State Department’s position. Case closed? Not for Arikat.

This is how that portion of Arikat’s “questioning” went:

ARIKAT: I have a couple question on Israel, but I wanted to ask you about the ambassador. You do believe that what he did was actually breach diplomatic protocol? Did he?

MS. PSAKI: I think we spoke about this pretty extensively last week, Said.

ARIKAT: To hear it again, he did breach diplomatic —

MS. PSAKI: I don’t think we need to repeat it. I think we can point to the —

ARIKAT: Okay. All right. Let me ask you —

Arikat was able to extend a “discussion” regarding a very sore point between the U.S. and Israeli governments, by asking the State Department to comment on accusations against Israel that had already, numerous times, been discussed and dismissed.

Arikat’s technique is simple but quite effective: he keeps circling back to get across his points. As in this example, he is not really asking a question, which is all that reporters are supposed to do in these government press briefings. And yet he gets this prime airtime nearly every single day.

In this particular briefing, however, Arikat did something which should have set off virtual alarm bells even at Foggy Bottom. It says a lot that no one even flinched, because it was Arikat who has gotten away with so much for so long, that it’s simply expected.

Arikat actually lobbied the State Department to increase its funding of the Palestinian Authority. He’s a journalist, remember, not a diplomat. And he’s making his demand for money at a press briefing!

A press briefing is where the government department providing the briefing is supposed to be putting out information on what it is doing and what its positions are – not receiving requests for goodies from supplicants (through their advocates) around the world. Yet no one batted an eyelash.

Here’s the bulk of the conversation, to see the complete exchange, please check the transcript.

ARIKAT: — some Israeli issues. The Israelis today cut off electricity or reduced the electricity to the Palestinian Authority areas, saying that they owe them about $450 million or something to that effect accumulated over the last few years, that of course coming at a time when the Palestinians claim that you have reduced their aid to them by a huge amount, more than 50 percent. Is there anything that you can do perhaps —

MS. PSAKI: Well, first of all, Said, on the second piece, I think I’ve spoken to this several times in here about the fact that reports or claims that we have reduced our aid or changed our aid are not accurate. Our aid is continuing.

On the first piece, I have not seen those reports. I don’t have confirmation of them. I’m happy to talk to our team about it.

MS. PSAKI: Well, as you know, we provide a range of funds to the Palestinians. That’s continued. I’ll talk to our team and see if this is an issue that we’re closely tracking.

Really? That is what a journalist is doing? And the State Department’s response? Oh, we’ll look right into that and see what we can do.

Finally Arikat, ever the advocate, mournfully explains that the Secretary of the Arab League and the Secretary General of the United Nations had both mentioned that day that the situation in Gaza was deteriorating.

Arikat tied those comments to a recent discussion about donor nations not having yet fulfilled their pledges to Gaza. He also suggested that the U.S. had decreased its funding, a point Psaki rejected when she was able to get in a word edgewise. Nonetheless, Arikat essentially pleads the case for additional Gaza funding because – and here he puts on a sad face –  “the new school semester is starting.”

There is not another member of the Washington press corps who wields his position in the briefing room as an advocacy tool. Oftentimes reporters are dogged in their efforts to extract information the State Department spokesperson is choosing not to address head-on, but no reporter consistently advocates a particular nationalistic viewpoint as Arikat does.

And so The Jewish Press plans to have as a semi-regular news feature about Said Arikat and his lobbying from the State Department Press Briefing Room. It will be called “Said Says.” Watch for it. 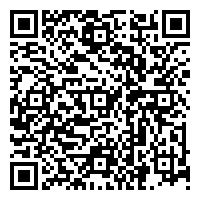