Two American defense contractors were targeted by gunfire last Friday in Saudi Arabia, according to their employer, Vinnell Arabia, a firm which provides training for the Saudi National Guard.

It’s the second time in recent months the contractor’s workers have been targeted, according to the AFP news agency.

Saudi Arabia is in transition at the present time, with a new monarch, King Salman, having taken over for his late half-brother, King Abdullah, who died a week ago. Salman is also not likely to rule for very long, inasmuch as he is already ill himself; he has already named his youngest half-brother Muqrin as Crown Prince to follow him, as advised by the late monarch.

Abdullah had been seriously ill for months prior to his death, and the kingdom was facing some instability as its iron fisted ruler grew weaker.

“We can confirm… they were shot by assailants in the al-Ahsa province of Saudi Arabia,” the company said Monday in a statement via its public relations firm. “Both employees were injured but are in stable condition at a local hospital.”

Saudi police reportedly claimed that only one employee was wounded in the shooting, which took place just wast of a National Guard base near Hofuf city, in the east, near Saudi Arabia’s oil fields.

Several rounds were fired at the Vinnell vehicle from a white car, a source close to the incident told AFP. The employee driving the vehicle was hit several times. His passenger took over driving and raced to the hospital.

An American defense subcontractor for the Israel-based Elbit Systems firm died under mysterious circumstances in the kingdom on January 15 of this year as well. Saudi authorities are still trying to untangle the cause of death in that case, and have not yet released the body to the family of the victim.

Not counting that death in January, this is the fourth attack on Westerners in the kingdom since October 2014, when the U.S. began its coalition air strikes against the Islamic State in Iraq and Syria (ISIS).

One Vinnell employee was shot dead and a second was wounded at a gas station in Riyadh in October, allegedly by a U.S.-born Saudi who was fired from the company.

Interior Ministry spokesperson Gen. Mansour al-Turki said, “It was not a terrorist-related incident,” although the Saudi National Guard is intended to, among other things, combat “terrorism.”

A Danish citizen was attacked in a drive-by shooting in November as he was driving away from his workplace. Last month three Saudis were arrested by their own government in connection with that attack, allegedly for acting “in support of” ISIS.

One week after that attack, a Canadian citizen was stabbed at a mall on the Saudi Gulf coast, which the interior ministry again said was “not terrorist related.”

But the government did not hesitate to blame ISIS for the November killing of seven Shi’ite Saudis in the eastern province of the country.

Nearly 1,000 U.S. soldiers are soon to be sent to Saudi Arabia, Turkey and Qatar as consultants to train “moderate” Syrian rebel forces in the effort to fight ISIS. It is still not clear how many troops which go to each country. 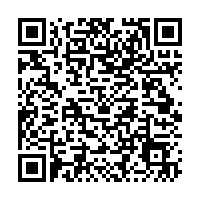