A gang of nearly a dozen Arab terrorists attacked Israeli motorists near the site of an archaeological excavation close to the Okafim Junction late Tuesday afternoon.

Numerous vehicles came under a hail of rocks as the attackers hurled stones at the motorists as they traveled past the Arab gang.


It’s not clear whether anyone was physically injured in the attack, nor is there any information yet on how many vehicles were damaged.

Israeli drivers also came under stoning attacks as they drove near the Yehuda Farm archaeological site near the Judean Arab city of Halhul, along Highway 60 in Gush Etzion. The site is close to the spot where Asher Palmer and his baby son Yonatan were murdered in a stoning attack by Arab terrorists several years ago.

Arab terrorists also attacked drivers traveling along Highway 60 north of Jerusalem in the Samaria region, as they approached the Jewish community of Shiloh, and at another site northeast of the Palestinian Authority capital city of Ramallah, where a female traveler sustained a minor hand injury from shattered glass. 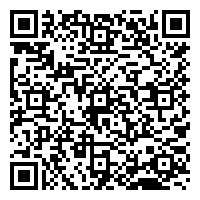