An Israeli teen was shot and killed Tuesday afternoon near Mount Harif in the Negev Desert, along the border between Egypt and Israel, according to Israel’s Defense Ministry.

The victim, 15-year-old Namer Bassem Abu Amar, was a resident of the southern Israeli Bedouin town of Lakiya. The teenager was the son of a man working for a company that had won a Defense Ministry contracting bid to carry out civilian maintenance work on the security fence along Israel’s border with Egypt.


The fathehr was working on the security fence when the son was hit by gunfire from the Egyptian side of the border.

He was airlifted from the scene in an IDF helicopter and rushed to Soroka Medical Center in Be’er Sheva, but he died of his wounds within minutes.

The source of the gunfire is not yet clear.

“The Defense Ministry shares the grief of the family,” said a ministry spokesperson. “The ministry has asked the company for more information about this employee, including details about how he was hired, given his age, and we will continue to review this incident.”

Egyptian military personnel have been battling terrorists in the Sinai Peninsula for years.

According to the A-Sharq Al-Awsat newspaper, there are eight to 14 different terrorist groups with a “marked presence in Sinai,” including the Sinai Province branch of Da’esh, or ISIS, also known as Ansar Beyt al-Maqdis.

There are also a number of Al Qaeda-linked extremist groups such as Tawhid Wal Jihad, Ansar al-Jihad and Ajnaf Bait al-Maqdis — all of which are also “linked to Palestinian extremist groups that fight Israel and consider the Egyptian army an enemy.”

The Muhammad Jamal Network, linked to Al Qaeda and also based in the Sinai Peninsula, was listed by the United States as a terrorist organization in October 2013. Jamal was arrested in 2012 but his followers carried on; the group is also known as the “Al-Jihad al-Islami” group.

Numerous other terrorist groups are also operating in the area, including the Iranian-backed Palestinian Islamic Jihad (PIJ), Hamas, the Fatah-linked Al Aqsa Martyrs’ Brigades, Iranian proxy Hezbollah, and a number of Salafi Islamist groups such as the Army of Islam.

Update: The teenager was not a worker as originally thought, but the son of one of the workers. His father brought him to work that day. 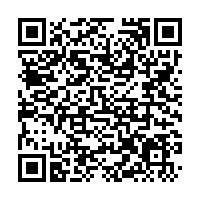