Stoning and other terrorist attacks by Jerusalem Arabs over the past ten days have seemed to skyrocket around the Israeli capital following passage of a first, and then second resolution by the United Nations Education, Science and Cultural Organization (UNESCO) erasing ancient historical ties between Judaism and Jerusalem.


Arab terrorists on Wednesday hurled stones at an Israeli public bus traveling in Jerusalem as the vehicle drove around the Mount of Olives.

It was the second stoning attack in the Israeli capital in a matter of hours, following an earlier attack on an Israeli bus in the Jerusalem neighborhood of A-Tur which resulted in a smashed windshield on the vehicle.

None of the passengers were physically injured in the Mount of Olives attack, nor did the attackers succeed in damaging the bus.

In another attack, Arab attackers hurled stones at the Beit Yonatan apartment building in the ancient Jerusalem neighborhood of Shiloach (Silwan), as well as at a security vehicle that was passing in the area.

Arab terrorists also carried out a third attack on Rehov HaKari in the Old City of Jerusalem, hurling a glass bottle at a pedestrian who miraculously was not injured in the attack.

Israel Police spokesperson Micky Rosenfeld told JewishPress.com, “There was an incident reported of stones thrown near the Old City. Police units searched the area for suspects. General Security measures continue in and around the Old City,” he said.

Rosenfeld added that it is not believed the attacks are related to the UNESCO resolution, nor do they comprise a new, or renewed “wave of terror” beginning in the capital. 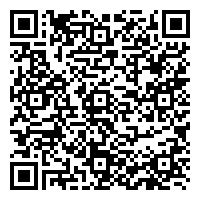