UNESCO's vote on Jerusalem is a piece of rubbish, rightly dumped in the garbage can by our Ambassador!! Long live Jewish Jerusalem!!!

The measure was proposed by Tunisia and Lebanon on behalf of the Palestinian Authority and Jordan, neither of whom are members of the World Heritage Committee. That did not stop either of the two from threatening the voting members with an ultimatum, however, if they were to decide to vote against the resolution.

Entitled ‘Old City of Jerusalem and its Walls,’ the measure refers to the holy sites in the ancient city – including the site of the two Jewish Holy Temples – exclusively by their Arabic names and solely in terms of their Islamic status.

But of the 21 member states who were eligible to vote on the measure, just 10 voted in favor of the resolution. Eight abstained, and two opposed it. Jamaica was simply absent from the room. Eight others turned in entirely blank voting forms.

Last week the Executive Board of the United Nations Education, Science and Cultural Organization (UNESCO) adopted a similar resolution, this one entitled “Occupied Palestine.”

Israeli Prime Minister Benjamin Netanyahu said in response that the vote was a “continuation of the theater of the absurd. Radical Islamic forces destroy mosques, churches and archaeological sites, while Israel is the only state in the region that preserves them and allows freedom of worship for all religions.

The International Council on Monuments and Sites has also spoken out against the UNESCO Jerusalem resolutions, which are part of a campaign by the Palestinian Authority to reclassify all holy sites in the Israeli capital as solely Islamic in order to strengthen Muslim claims to Jerusalem. Last year’s texts, in addition to the previous resolution, referred to Israel as the “occupying power” and condemned the Jewish State for its alleged “activities” at holy sites in the city.

“There should be a clear distinction between political controversies and scientific facts and that political disputes … and political views cannot justify statements which erase basic and well known and proven historical facts,” said Council Vice President Gideon Koren, an Israeli attorney. The Council, an independent advisory body on manmade World Heritage Sites, decided to speak out after a board meeting in Istanbul.

UNESCO secretary-general Irina Bokova herself also condemned the resolutions, as did outgoing United Nations secretary-general Ban Ki-moon and tens of thousands of others who signed a petition submitted to Bokova earlier this week. 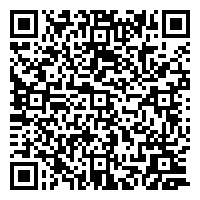