Israel Police arrested an Arab terrorist Wednesday night in connection with a stoning attack on the Jerusalem Light Rail as it passed through the northern neighborhood of Shuafat in the capital.

The suspect is about 17 and a half years old, according to Israel Police. He was taken to a police precinct for questioning.


A convicted terrorist can face a penalty for stoning a moving vehicle in Israel that can range from months to years in prison, along with a hefty fine. The penal code was amended last year to reflect the lethal nature of such attacks.

The windshield of the first car in the Light Rail train was smashed by the rocks thrown by the terrorist. The perpetrator was caught immediately following the attack by police at the scene.

Hundreds of thousands of shekels — if not millions — have been spent on repairs to the Light Rail cars taken out of service due to the damage inflicted by stone-throwing, firebombing Arab terrorists from Shuafat.

The attacks are not only senseless in destroying transportation for their fellow residents, but they also are self-destructive in eliminating an efficient and low-cost means for Arab commuters to reach their jobs in the center of Jerusalem, where most enjoy well-paying salaries and generous benefits. 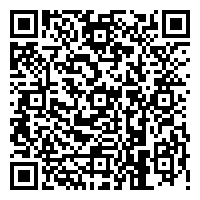