Israel’s government this morning (Sunday, Nov. 2) approved an amendment to the penal code that will stiffen punishment for throwing stones at motor vehicles.

At its weekly cabinet meeting, the cabinet decided to add an amendment to the current penal code allowing judges to imprison a convicted terrorist for up to 20 years for throwing or casting stones or other objects at a motor vehicle.


Prime Minister Benjamin Netanyahu, called for the legislation in recent discussions on the disturbances in Jerusalem.

“Israel is taking vigorous action against terrorists and those who throw stones, fire bombs and fireworks,” Prime Minister Binyamin Netanyahu said at the start of the cabinet meeting.

“We will also pass stronger legislation on the issue. All of this is in order to restore quiet and security throughout Jerusalem.

“I have ordered that massive reinforcements be brought in and that additional means be used in order to ensure law and order in Israel’s capital,” Netanyahu added. 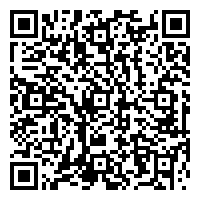