The two culprits, both from the nearby Arab village of Beit Fajr and younger than 10 years old, were carrying knives. They were spotted near the kibbutz security fence as two suspicious-looking figures who appeared to be hiding.


During the initial questioning, the children admitted to having been sent, armed with knives, in order to carry out a terror attack.

Lt. Col. Peter Lerner, IDF Spokesperson, said, “When two eight yearold children are sent on a mission to attack Israeli civilians it is clear that the hateful rhetoric that echoes within Palestinian society abuses the most vulnerable of minds.”

Palestinian Authority terrorist groups such as the Palestinian Islamic Jihad and Hamas terror organizations as well as the Fatah-linked Al Aqsa Martyrs’ Brigades all run annual summer camps to train children from ages as young as possible in various ways to murder Israelis and Jews.

Arabs living in the Palestinian Authority are brainwashed from the cradle to the grave with the understanding that they will be heavily rewarded spiritually as well as financially for dedicating their lives to the destruction of the State of Israel and the physical annihilation of their Jewish neighbors. 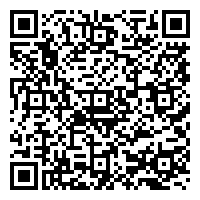