Israel Police closed access to the Temple Mount to Jews and other non-Muslims on Thursday due to Arab violence a day earlier, and a resulting threat to safety that might follow.

This, on the day that tens of thousands of Jews gathered below at the Western Wall plaza in the Old City of Jerusalem for the traditional Birkat Kohanim – the priestly blessing from Jerusalem. The benediction is pronounced during the morning service on the festivals of Passover and Sukkot.


The decision to close the site was made by security personnel following Arab violence at the Temple Mount on Wednesday. One police officer was wounded, as were 24 others. One of the wounded was listed in serious condition, and 15 sustained moderate injuries.

Nearly 100 young Arab rioters clashed with police in fierce battles at the holy site, hurling large rocks they have stockpiled in large caches at the Al Aqsa Mosque, where they barricaded themselves for protection.

The rioters also hurled firecrackers at the police from inside the Islamic house of worship, as security personnel used stun grenades and tear gas to force the mob further into the mosque.

The Arab strategy – designed to prevent Jews from ascending to the Temple Mount for any length of time — is very smart, taking advantage of the Israeli government policy of not allowing police to enter the mosque. The site itself is administered by the Islamic Waqf Authority; at this point, Israel has essentially ceded control to Arab Muslim officials.

Six Arab youths were reportedly arrested during the night and early Thursday morning in connection with the disturbances.

Ultimately, Israeli security officials told Channel 2 news on Wednesday they will have to force their way into the mosque to take away the caches of stone weapons, which are just as lethal as any bullet when properly aimed and hurled.

It is important to realize that the huge piles of rocks and slabs of stone with which the young terrorists are attacking Israeli security personnel, tourists and other visitors to the site, are being stockpiled with the  knowledge and consent of the Islamic clerics in charge of the mosque. Those clerics — and their actions — are fully backed and supported by the Arab leaders in the region, including King Abdullah II, the Hashemite monarch of Jordan. 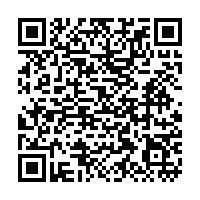