Judicial officials in Argentina dropped a bombshell Thursday and released the 300-page file prepared by prosecutor Alberto Nisman, who had been murdered earlier this week, on the day before he was to deliver his testimony regarding conspiracy involving the country’s president and its (Jewish) foreign minister.

President Christina Fernandez de Kirchner immediately declared that Nisman committed suicide but reversed herself Thursday, in the face of evidence to the contrary, as well as nationwide anger at Nisman’s death.

Nisman’s investigation focused on the 1994 bombing of the Argentine Israelite Mutual Association (AIMA).

His report accused President Kirchner of “deciding, negotiating and arranging the impunity of the Iranian fugitives in the AMIA case.” She and Foreign Minister Hector Timerman allegedly “took the criminal decision of inventing Iran’s innocence to satisfy commercial, political and geopolitical interests of the Argentine republic.”

These officials planned to get Iran off the hook in return for oil and weapons, while imaginary suspects would be fingered for the bombing,

Nisman also charged Minister Timerman with obstructing justice and had prepared to ask that his assets, worth $23 million, be frozen.

Kirchner, after flip-flopping on the suicide theory, is now trying to convince the public that Nisman was duped by people whom he wrongfully thought were intelligence agents and who gave him false information.

Kirchner is acting the part of a concerned woman who feels sorry for Nisman for being misled by people who she says were trying to act against the government, used Nisman for their own purposes, and then finished him off when they had no more use for him.

How delightful. At least she no longer believes Nisman killed himself. It’s the bad people who did it.

Earlier this week, a locksmith debunked the theory that it must have been a suicide because the bathroom door was locked. He said the service door to the late prosecutor’s apartment was closed but unlocked.

Government prosecutor Viviana Fein said that the locksmith was mistaken, insisting that the service door of Alberto Nisman’s apartment was locked when his mother and the bodyguards arrived, the Buenos Aires Herald reported.

Fein explained the different versions by pointing out that there were two locks on the service door and that Nisman’s mother had unlocked one of them before the locksmith arrived.

Argentine senator Ernesto Sanz said that if Kirchner “thinks he was killed, she needs to remove Security (Ministry) chiefs. This is very serious… If they first thought that it was a suicide and now they don’t, it is because there is someone linked to the State who convinced them of this.”

Security Secretary Sergio Berni said Nisman’s apparent murder was an “operation against the government,” according to the Herald.

“Everyone understands that this was a big operation against the government,” Berni said in a radio interview, explaining that murdering Nisman only made his complaints more serious.

In other words, if someone murdered Nisman it was not to protect Kirchner but rather to make her appear even more suspicious.

In a country where bribery and lying are part of the culture, someone has to be paid to tell the truth and not a lie. it could very well be that Iran and Hezbollah got rid of Nisman, regardless of the consequences for Timerman and Kirchner.

The most interesting, if not incredible, view on the report released by judicial officials came from Secretary to the Presidency Aníbal Fernández, who was quoted by the Herald as saying, “The complaint was not even written by Nisman.”

Among those whom Nisman fingered as being involved in the deadly bombing are Ali Akbar Hashemi Rafsanjani, a former president of Iran; Ali Akbar Velayati, Iran’s foreign minister when the AIMA Jewish center was bombed; Ali Fallahian, former chief of the Iranian intelligence ministry; Mohsen Rezai, the former director of the Revolutionary Guards; Ahmad Vahidi, former head of the Quds Force and minister of defense; Ahmad Reza Asghari, former official at the Iranian embassy; Iran’s former ambassador to Argentina, Hadi Soleimpanpour; and Mohsen Rabbani, former attaché of the Iranian embassy in Argentina. 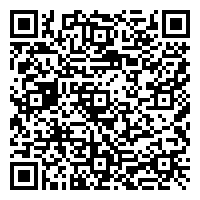