(JNi.media) Borough Park, Brooklyn Assemblyman Dov Hikind, an Orthodox Jew and a Democrat, was arrested and charged with disorderly conduct for obstructing the entrance to Sen. Chuck Schumer’s Midtown office on Third Ave. near E. 49th St. at 11:38 AM, during a rally that demanded Schumer declare that he would help kill the Iran deal.

An hour before the rally, Hikind tweeted: “On my way to tell Sen. Schumer to stop this disastrous Iran deal.”


Hikind repeated the theme of the “Stop Iran” rally earlier in the week, that called on the Senator to live up to the promise of his name and be a “shomer” (guard) for the state of Israel.

According to ancestry.com, the name Schumer is a nickname from Middle-Low German, meaning “good-for-nothing” and “vagabond.”

“The situation with Iran, this agreement, is a threat not only to our allies in the Middle East but to this country as well,” Hikind told the Observer. “Anyone who trusts Iran is out of their mind. This deal is Swiss cheese, it’s Swiss cheese. The only question is whether they will have a nuclear bomb soon or a little later.”

As to Senator Schumer’s ultimate decision, Hikind, who used to be Mayor Rudolf Giuliani’s liaison to the Jewish community, said: “We know he’s going to do the right thing, we know he’s not going to let, you know, this being minority leader or majority leader interfere with making the right decision.”

“I feel it in my heart,” Hikind added. “He is the shomer. The shomer, he’s the protector. We’re just here to give a little extra encouragement to really make sure.”

He then reiterated: “Schumer is the key player, everyone is waiting for Schumer.”

Senator Schumer’s spokesman said: “We spoke yesterday with Assemblyman Hikind and let him know our door is always open for when he wants to have a conversation about this or any other issue. Senator Schumer has read the agreement and is meeting with experts on both sides to get answers to the many questions he has.” 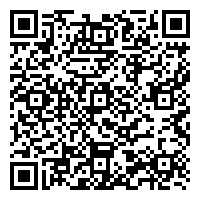