According to Rabbi Yossef Yitschok Pinson, director of Habad Loubavitch of Nice Côte d’Azur and head Chabad-Lubavitch emissary in the region, at least one of the wounded, whose Hebrew name is Moshe ben Yaakov, is a member of the local Jewish community, Chabad.org reported Friday morning.

Counselors at Chabad’s Gan Israel day camp were at the scene of the attack, and crossed the street just moments before the attack, narrowly missing the truck’s path of destruction, Rabbi Pinson said, adding, “They had to run from the truck, it was just a few feet away from them.”


The camp staff was quickly hauled to a local restaurant for shelter, from which they later were taken to the rabbi’s home. “Obviously, they are very upset, having seen everything—people falling and bodies,” Pinson said.

“We are praying for everyone who has been injured in this terrible attack,” said Pinson, and requested that people pray for Moshe ben Yaakov’s recovery.

Chabad Gan Israel plans to provide the staff with professional help to deal with the trauma. 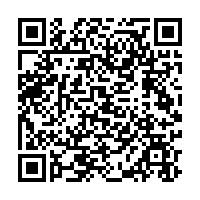