An Arab terrorist tried but failed to stab an IDF soldier in the Tel Rumeida neighborhood of Hebron, near the Cave of the Patriarchs, local sources said.

The attack occurred near the the Hassam Shoter checkpoint. IDF troops are in pursuit of the terrorist, who fled after he was blocked from reaching his target.

Initial reports indicate no one was injured.

The soldier sustained a head injury. His fellow troops shot and killed both attackers. None of the Jewish residents of the building, Beit HaShalom (House of Peace) were hurt in the attack.

Earlier in the day, 50-year-old Avraham Asher Hasano of Kiryat Arba was murdered in a stone-throwing attack that targeted his vehicle as he was driving past the al-Fawar junction, southwest of Hebron.

When Hasano got out of his car due to the damage inflicted on the vehicle, he was struck and killed by an Arab truck driver who drove up behind him, and then fled to the Arab village of Dura, near Hebron.

The driver later turned himself in to the Palestinian Authority police, saying he feared for his life “in the current environment.” PA Police turned him over to Israel Police for questioning. 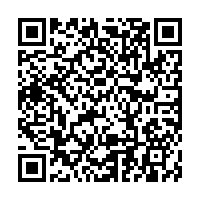