Israel’s prime minister meets today with the EU foreign policy chief and Germany’s foreign minister, after having already met with U.S. Secretary of State John Kerry, with whom he had an early-morning discussion.

All four leaders are expected to discuss the current wave of terror attacks aimed at Israel by Arab assailants, and the incitement emanating from the Palestinian Authority and its associated terrorist organizations.

A spokesperson for the European Union said the agenda for Mogherini will also include “the long stalemate in the Israeli-Palestinian peace process, the crises in Syria and in the entire region.

“Furthermore, the HRFA (Mogherini) plans to meet Palestinian President Mahmoud Abbas in the coming days,” the spokesperson said in a statement.

So far the current wave of Arab terrorism in Israel has left 10 Israelis dead and more than 112 wounded. At least 46 Arabs have also been killed in this latest jihad, (Islamic holy war) more than half of them terrorists. 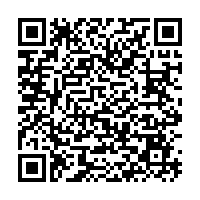