How sensitive does the world have to be Jews when it comes to anything that can be associated with Holocaust?

The question has come up twice in four days, once with Hillary Clinton’s “boxcar” comment’ and now with the Auschwitz-Birkenau death camp site offering tourists, including Israelis, outdoor showers to cool down from a heat wave.

Clinton’s reference to alleged Republican candidates’ promoting the idea of shipping out Mexican immigrants in “buses and boxcars” touched a raw nerve among sensitive American Jews, especially those who vote Republican.

She maintained, as reported here, that she never had the Holocaust in mind, although her defense that Jeb Bush used the term was totally out of line since he used the word to emphasize that shipping out illegal immigrants in boxcars is exactly what the United States should not do.

The showers at Auschwitz is harder to defend but illustrates the difference in mindset between the slogan among Jews “Never Forget” and the concept among others “to get over it and move on.”

It is difficult to imagine that the management at the former death camp purposely set up outdoor showers, in the midst of a heat wave, to mock Jews.

However, no one apparently realized that tourists, and not only Jews, would associate the effort to offer people a relief from the heat with the gas chambers that killed more than a million Jews, many of whom thought they were going to have their first real shower in what seemed like eternity.

On a Facebook page that posted a picture of the sprinklers, several people expressed anger while many other simply shrugged off as a “funny” coincidence.

One of the most tasteless postings was that people should “not fall for the same trick again.”

One Israel tourist told Yediot Acharonot website, “When we got off the bus I saw the sprinklers. I was in shock. I felt my stomach turn over.”

He said that when he mentioned to one of the workers at the site that the sprinkler “reminds me of the gas chambers,” she replied she was sorry.

It is not clear what she was sorry about – that the shower system was insensitive or that the tourist couldn’t get over the past.

Most estimates are that fewer than 500,000 Holocaust survivors remain alive worldwide. Their numbers are dwindling quickly, and the question of sensitivity in this age of political correctness is one that will not go away.

It all depends who is being offended. There is an egregious concern not to offend Muslim and homosexuals.

Jews are another story. And when it comes to Israel, there is not much to talk about, except, of course, for the “occupation.” 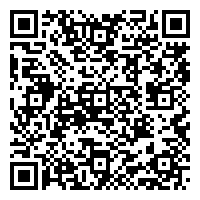