The rabbi of an Australian synagogue covered with neo-Nazi symbols this past weekend returned after an “away” weekend to discover that anti-Semitic attackers defaced his shul and a nearby bus stop with swastikas.


He told media in a statement on Monday, “It has literally ‘hit home’ for me, and I can’t stop thinking about it.” Friedman said he could “NOT be silent” about what he called an “assault on the Jewish People… What would drive a person to such deplorable action? Why such hatred?”

Synagogues are symbols of peace, the rabbi pointed out. They are places for people to reflect, to pray and meditate, where someone can become a better person. So “why deface them?”

There is “no place for such behavior in our society,” he said in his statement, quoted by Daily Mail Australia.

Regardless, Friedman said the Jewish People have suffered throughout their three and a half thousand years of history. They have outlived “cruel, fanatical despots and regimes.”

Ultimately, he had one message for the vandals, “I pity you. Your hatred won’t harm us – it will only consume YOU. So for your own sake, let it go.

“Oh … and one more message,” he added. “You were damn lucky that I wasn’t there to catch you.” 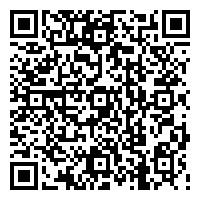