The searing report by Ian Birrell published this past weekend in the Mail on Sunday (the Sunday edition of the Daily Mail) has had a huge impact in the five days since it appeared.


We described it in a pair of blog posts here this past Sunday (see “27-Mar-16: In UK, facing up to UK Aid’s scandalous ongoing financing of Palestinian Arab jihad” and “27-Mar-16: The PA’s “Rewards for Terror” scheme and the lies that keep the pounds flowing in“). We called it an expose of

the ongoing fraud perpetrated by the conniving Palestinian Authority to hide its Reward for Terror scheme, and the active involvement of hundreds (maybe more) of European politicians and bureaucrats – many of them British – in funneling the indispensable cash without which it could not happen.

The report’s impact is reflected in the massive and rapid response it has generated among readers. The Mail’s editors framed a petition to the UK government that tied into the substance of the report. Here’s the text:

Despite spending cuts at home the Government is committed to hand over 0.7% of national income in overseas aid, regardless of need. The Mail on Sunday believes voters do not want this and instead, we should provide money only for truly deserving causes, on a case-by-case basis.

The Mail’s editors are arguing for a wider investigation into abuse of British aid, and a debate of what they term “the absurd new legislative requirement to give away 0.7 per cent of national income… These payments to Palestine seem a classic example of the core aid problem of “fungibility” – when foreign cash supporting public services frees up a regime to spend money in other questionable areas, which all too often fuels conflict or corruption.”

Though the petition is going to remain open until September 24, 2016, it has already gotten past the critical barrier. As of tonight [Thursday], more than 148,000 Brits had signed.

It’s hard to doubt the impact of Big Media. The Daily Mail is the United Kingdom’s second biggest-selling daily newspaper, according to published February 2016 data [here]. Its digital edition, Mail Online, is ranked by ComScore as the most visited newspaper website in the world, getting more than 50 million unique visitors per month which puts it just ahead of the New York Times. MediaWeek UK said Mail Online had more than 11.3 million daily unique browsers in August 2014, the most recent data we could find.

Today, a longer version of the Ian Birrell article is published on the Jewish Chronicle UK’s website under the title “Cash for terror: how PA duped British backers | Millions of pounds of taxpayers’ money is used to fund Palestinian killers“. And yes, we certainly feel “duped” is an appropriate word to sum up what Britain’s foreign aid mandarins underwent themselves and continue (right up until this morning) to inflict on the citizens they ostensibly serve via money paid by those citizens as British tax. Duped.

The JC version of the Birrell revelations includes elements that we understand were edited out of the Daily Mail version for space-limitation reasons. The following extract happens to quote one of the bloggers of the site you are now visiting:

But critics say the surge of knife attacks and stabbings against Israelis are encouraged by the PA diverting funds from public services and fighting poverty into generous salaries for arrested terrorists. Highest sums go to those convicted of the worst crimes and serving the longest sentences. Recipients include Hamas killers such as Abdullah Barghouti, given 67 life sentences in 2004 for attacks including a Jerusalem restaurant bombing that killed 15 people. He is said to have earned £106,000 since his conviction, paid to him or whoever he designates. “Aid is most certainly being abused,” said Tzipi Hotovely, Israel’s deputy foreign minister. This serves as a huge financial incentive to carry out acts of terror against Jews. “Is it imaginable for a Western government to contemplate subsidising acts of mass murder and terror in this fashion? Yet that is effectively what is happening.” She was backed by Arnold Roth, whose 15-year-old daughter Malki died in the restaurant attack. He said: “Western governments enable the PA to keep afloat its hideous rewards for terror scheme – and the consequence is a rising tide of deaths on their side and ours.” Several ex-prisoners confirmed to me they were paid monthly stipends that started in jail. One said they also received a “bonus” on leaving prison and lucrative civil service job offers, the most senior posts going to those serving more than 15 years behind bars. “Many are not capable of doing the jobs they are being paid to do. I went to university, but these are people without the ability to be managers, especially after 20 years in jail,” said the source, who works for the interior ministry… [“Cash for Terror“, Ian Birrell, Jewish Chronicle, March 31, 2016]

(The restaurant attack ascribed to Barghouti’s satanic bomb-making prowess is the one that brought about the murder of our daughter Malki in 2001.)

Here’s another segment that did not appear in the Mail on Sunday:

The UK pours so much aid into Palestine that the Foreign Office even spent £10,300 on the team’s kit for the 2012 Olympic Games in London, according to its own reports. Jibril Rajoub, chairman of the Palestinian Olympic Committee, congratulates “martyrs” such as Halabi for “heroism” while his organisation hosts events named after terrorists behind savage atrocities.
The same killers are also routinely praised on state-funded television, say Israeli critics, even by presenters of children’s shows… Yet amid an intense struggle against militant Islam, it seems astonishing Britain and the EU are linked to the funding of bloodstained terrorists and jihadist bombers… DfID defended its aid support, insisting none of its cash went to prisoners or their families. A spokesman said: “This funding helps build Palestinian institutions and promotes economic growth so that any future state will be a prosperous and effective partner for peace.” DfID sources also said payments to civil servants only went to people on an approved EU list and that the government takes extensive precautions to ensure British aid does not support Hamas “either directly or indirectly”… [“Cash for Terror“, Ian Birrell, Jewish Chronicle, March 31, 2016]

Jibril Rajoub is frequently mentioned – as he is above – when ongoing incitement by Arab leaders and the violent, dangerous and duplicitous games played by top-of-the-pile PA insiders are discussed. We have felt the need to write about this extremely unlovely man numerous times. Two examples among many from our previous posts:

Those British claims of “extensive precautions” quoted in that last extract from Ian Birrell’s article, are, it has to be said, self-evident and somewhat arrogant nonsense in view of the facts we pulled together concerning the results of the one and only European foreign aid (to the Palestinian Arabs) audit that was publicized 18 months ago. We summarized them in “28-Mar-16: Is it time yet for UK’s foreign aid office to come clean on their part in funding Palestinian Arab terror?”

Understanding what the Europeans learned when they finally got around, after 13 long years — years of malfeasance and disclosures about Palestinian Arab corruption and about Arafat’s secret massive cash horde — to sending auditors to Ramallah, you have to assume the mandarins of Britain’s Department for International Development (DfID, owner of the UK Aid brand) keep hoping this would slip below the radar of the British public.

Could be they were wrong. 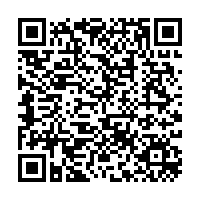