Israel continued to be targeted with balloon bombs launched from the Gaza Strip on Tuesday.

This comes after Hamas and Islamic Jihad announced an end to their campaign of launching balloon bombs across the Gaza border into Israel, according to Arab media reports.

Following the launch of over 35 balloons tied to explosive charges towards Israel on Monday, the decision to end the attacks was reached later that day after Egyptian mediation, according to the reports. An Egyptian delegation reportedly entered Gaza for the first time in five months, urging for calm and relaying messages from the Israeli government following an increase in rocket and balloon attacks in recent weeks.

It remains unclear, however, if and to what extent the attacks have truly come to an end with balloon bombs found in the Sdot Negev Regional Council and Ashkelon on Tuesday.

On Sunday, Prime Minister Benjamin Netanyahu and Defense Minister Naftali Bennett had issued stern warnings to Hamas following the escalation of attacks on Israel emanating from the Gaza Strip in recent weeks.

Netanyahu stated that Israel is “prepared to take devastating action against the terrorist organizations in Gaza. Our actions are very strong and they have not yet ended, to put it mildly.”

Bennett held a situation assessment at the IDF’s Gaza Division headquarters, during which he warned that Hamas’ “reckless conduct is bringing us closer to deadly action against them.”

“We will not announce when or where. The action will be very different from its predecessors, no one will be immune,” he threatened. 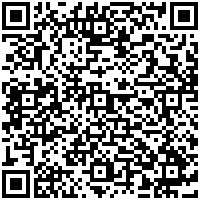