The Paris climate conference opened on Sunday with a moment of silence for the world’s recent victims and a solemn recital of cities where radical Islamists have murdered people, with the blatant omission of Tel Aviv and Jerusalem.

Secretary-General Ban Ki-moon, who draws a line connecting global warming and terrorism, ticked off the names of cities, including:

And what about Jerusalem and Tel Aviv?

Apparently Jews murdered there are not terror victims, according to Ban. He and other Western leaders have tried to manufacture a link between the “occupation” and the Arab “resistance” movement that encourages the murder of Jews.

Or, the world is so used to them that it not worth mentioning, except in the London Daily Mail. The British tabloid not only headlined violence in Jerusalem, but also let readers think that the Arabs are the victims

Honest Reporting noted that the newspaper’s headline appeared as:

The conference in Paris is ostensibly over the climate, but Western leaders are running over each other for headlines to show their concern over the Paris massacres by Islamic State (ISIS) terrorists. President Barack Obama and Canadian Prime Justin Trudeau hurried over to the Bataclan Theatre to pay their tribute to victims of the Islamic State (ISIS) massacre there two weeks ago.

The conference will likely conclude with pontifical agreements on “global warming” without much follow through, but an agreement on an international effort to fight radical Islam is not in the cards.

Ban Ki-moon has adopted the line that one way to fight terror is to keep the temperature from rising one degree, because, so the theory goes, droughts cause famine and that is what causes Muslims to murder people in Paris and Jerusalem.

In his words, in an interview with Canada’s CBC:

When we do not address climate change properly it may also affect many people who are frustrated and who are impacted, then there is some possibility that these young people who [are] jobless and frustrated may join these foreign terrorist fighters. 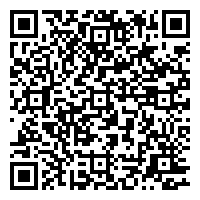