On Sunday, 11/22, as the president was giving a moving and emotional tribute to Nohemi Gonzalez and Anita Datar, Americans that were killed in the Paris and Mali terrorist attacks, Ezra Schwartz’s body was being flown back for burial to his home state of Massachusetts. Ezra was brutally murdered in an act of terror the thursday Prior to that. This is just part of what the president said.

“Nohemi and Anita embodied the values of service and compassion that no terrorist can extinguish”. “Their legacy will endure in the family and friends who carry on their work.”


I would love to quote what Mr. Obama said about Ezra Schwartz, however there is nothing on the public record from the President about the incident. Perhaps even more upsetting than the President’s glaring omission of Ezra was the original reaction on Friday from State Department spokesman John Kirby.

“We condemn these terrorist attacks against innocent civilians in the strongest possible terms. As we’ve made clear, we remain deeply concerned about the situation and continue to urge all sides to take affirmative steps to restore calm and prevent actions that would further escalate tensions.”

If you saw the statement, you can see it was said in an uncaring and unsympathetic way. He actually had the audacity to tweet it afterwards. It is unclear to me what Ezra could have done differently according to Mr Kirby’s Logic other than not exist. When an 18 year old American Jew gets killed in Israel by a terrorist firing indiscriminately into Jewish cars, both sides need to take steps to quell tensions and the victim get no sympathy or mention from the American president. (The president did eventually call the family Monday for a private phone conversation)

Let us now look at what the President said after Trayvon Martin was killed in very questionable circumstances. Trayvon was a 17 year old African American that was suspended from school for drug abuse, had a history of violence and criminality, and was certainly not a victim of someone trying to simply kill African Americans.

It was amazing to see friends and family talk about Ezra Schwartz. He was described as a man of “boundless energy”, a mentor to his siblings, caring, sweet, “a giver” , energetic, smart, social, a star athlete and a leader amongst his friends. He was in Israel for the year learning Torah and was planning on going to Rutgers University the following year. He was killed doing an act of kindness, beautifying a nature reserve dedicated to the three Jewish teens kidnapped and killed by terrorists last year. After his death, his friends and family handled the tragedy with complete grace. They didn’t ask for protests, setup “justice funds” or blame the Israeli or US governments for the act of murder. What they did do was ask everyone to do good deeds on behalf of Ezra’s memory.

The president’s singling out Ezra for omission deserves to be called out by all fair minded people. While Mr. Obama imagines that his son would have looked like Trayvon Martin, I would prefer my son be more in the mold of Ezra Schwartz. 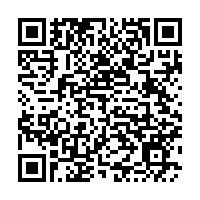