The al-Fayrouz park in al-Tur city was packed with families celebrating the Muslim Eid al-Adha holiday, when a group of Bedouin men opened fire, witnesses said.


Four children, a man and a woman suffered injuries, some serious, medics said. One child lost the fingers on her left hand, they said.

Locals said a Bedouin man had been thrown out of the park for harassing a female child, and returned with family members for the shooting.

The assailants fled the scene.

In northern Sinai, two girls escaped an attempted kidnapping when an officer with the traffic police intervened, a Ma’an correspondent reported.

Nada, 13, and Sabha, 14, were walking down the main street of el-Arish city when three men tried to abduct them.

Officer Ahmad al-Saeedi opened fire on the assailants, and one suffered a bullet wound to the leg. Al-Saeedi was also wounded and transferred to al-Arish hospital.

Special Forces Thwart Attempts by Bedouins to Infiltrate IDF Base 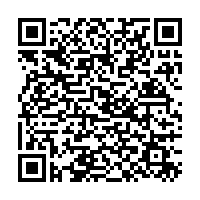