Residents of the Bedouin village Arab al Na’im in northern Israel were not surprised Wednesday to discover that more than 76 percent of them had voted for the Likud party. The United Arab List received only about 15 percent of the village’s votes, Ma’ariv reported.

Why did these Bedouin villagers vote en masse for Netanyahu’s party?

Village Clerk Nimer Naim told Ma’riv: “The truth is it’s surprising to us as well, but it turns out each one of us voted their hearts. It was a free election.”

“In our heritage, we remember the good things a person did for us, and that explains this unusual vote.”

The Bedouin village of Arab al Naim located near the community of Eshkhar, south of the city of Karmiel. It has approximately 100 families comprising 650 people. The village was recognized as a listed settlement by Netanyahu’s first-term Government in January 1999. Eleven years later, in January 2010, under Netanyahu’s second government, the regional housing planning commission approved the master plan for the settlement.

Arab al Naim is the last of the six Bedouin villages in the area to be recognized by the state.

So far, despite their official upgrade, the village is still not connected to Israel’s road, electricity and sewer systems, and its meager public services—two kindergartens, a youth club, a pediatric clinic and a general medical clinic all operate in mobile structures.

But Naim says that over the last two years there has been a kind of revolution in Arab al Naim: “Today we already have 800 meters of a paved major artery, the streets have been paved, and there’s construction of more than 80 permanent housing units the residents here are building.

“It’s a real revolution,” he adds. “We issued a tender for a sewer system, and this week the contractor is starting to work on laying a sewer line. In a few months we will have a sewer and electricity, and we are satisfied.”

The overall cost of upgrading the village is estimated at $17 million. 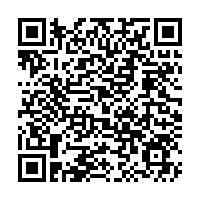