On May 4 the organization which has given itself the courageous moniker of “Breaking the Silence” issued a harshly critical report about the IDF’s performance in last summer’s Operation Protective Edge in Gaza. It claimed indiscriminate shooting by Israeli soldiers caused the deaths of hundreds of Palestinian Arab civilians.

In the days following, that report has itself been criticized, debunked, dismantled and discredited. It’s worth understanding why.


The name of the organization issuing the scathing report, “Breaking the Silence,” suggests no one else has been willing to criticize the IDF. In reality, of course, that is the primary global discourse about the IDF.

And it is not as if IDF soldiers are uncritical of their experiences. But most of that criticism is internally directed, with the goal of actually improving conditions and procedures. BtS’s effort, in contrast, is a public relations exercise in demonizing Israel and its military apparatus.

The international media pounced on what was promoted by BtS as scorching criticism based on more than 60 interviews with unnamed active duty and reserve IDF personnel who participated in last summer’s OPE. (Anonymity of critics is a hallmark of Breaking the Silence’s many reports.)

A report based on testimony from Israeli soldiers who directly participated in the conflict would appear to be unimpeachable.

Except this one is and has been impressively impeached in a series of reports and public comments by a wide range of critics. Those reports have not received the extensive publicity the Israel-bashing original report has.

And why should anyone doubt the veracity of this report?

Well, for one thing, Breaking the Silence has been subject to intense criticism for years, including from such venerable bastions of Israel criticism as Haaretz, Israel’s flagship far leftist media outlet. In 2009, a Haaretz writer said of Breaking the Silence, it “has a clear political agenda, and can no longer be classified as a human rights organization.”

First, the funding of Breaking the Silence suggests it has a clear political bias. Despite its claims, including one during a BBC interview, that its organization “are not subcontractors to anybody,” BtS is highly subsidized by foreign entities and governments. That in itself may not be problematic. But bounty hunting, where funding will only be provided if a set level of “scalps” are supplied, reaps malevolently skewed results.

And contrary to BtS’s claim that “the contents and opinions in this booklet do not express the position of the funders,” NGO Monitor research revealed that a number of funders made their grants conditional on the NGO obtaining a minimum number of negative “testimonies.”

Got that? We call that bounty hunting.

“This contradicts BtS’ declarations and thus turns it into an organization that represents its foreign donors’ interest, severely damaging the NGO’s reliability and its ability to analyze complicated combat situations,” observed NGO Monitor’s analysts.

Gerald Steinberg, the executive director of NGO Monitor, told the JewishPress.com that while “the leaders of Breaking the Silence claim to promote Jewish values, they are impostors.”

“From Biblical texts through modern times, Judaism has emphasized political realism and not pacifist myths. Abraham had to show that he had the power to defend his interests, and the same is true for Jacob, and so on. In addition to this distortion, [the authors of the report] are self-promoting messianists who immorally promote themselves through money given by church groups and foreign governments which seek to deny the right of the Jewish people to sovereign equality.” 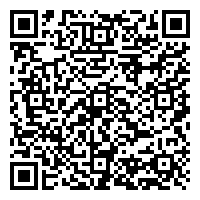