The billboards call on Shaked “not to fold” under the pressure of those who are calling to open Israel’s borders to tens of thousands of Ukrainians who aren’t eligible under Israel’s Law of Return, which grants citizenship to individuals with at least one Jewish grandparent.


To date, Israel has admitted per capita more Ukrainian refugees than any other country in the world that doesn’t share a border with Ukraine, and the vast majority of them are not Jewish.

“Even though the European Union is granting automatic residency status to Ukrainian refugees, post-Zionists in Israel and abroad are engaged in a widespread campaign to undermine the Jewish character of the state by opening Israel’s borders to tens of thousands of non-Jewish Ukrainian refugees,” said Im Tirtzu CEO Matan Peleg.

“There are currently thousands of Ukrainian Jews who are stuck waiting to make Aliyah to Israel,” continued Peleg, “yet for the first time in Israel’s history, the government is seemingly more interested in helping to bring non-Jews – who can safety reside in the EU – than help Jews who are eligible under the Law of Return.”

Earlier this month, the European Union decided to grant special three-year residency status to all Ukrainian refugees. However, left-wing Israeli groups, individuals, and even government ministers have been placing immense pressure on Interior Minister Shaked not to set limits to the number of non-Jewish Ukrainian refugees arriving in Israel, even though the Jewish State does not share a border with Ukraine.

According to the policy announced by Shaked, Israel will admit 5,000 Ukrainians ineligible for citizenship, in addition to 20,000 who were in the country before the war. But under public pressure, Shaked backtracked and announced that there will be no cap on relatives of Israelis who aren’t eligible under the Law of Return.

According to statistics published by Israel’s Population and Immigration Authority on Tuesday, since the start of the war, Israel has admitted more than 10,000 Ukrainians who are ineligible for citizenship – more than double the amount dictated by Shaked, and with more entering Israel daily. This sets the number of non-Jewish Ukrainians currently residing in Israel at 30,000 and rising.

Only 4,400 Ukrainians who are eligible under the Law of Return have come to Israel, with thousands more reportedly waiting to be processed.

“Shaked needs to focus on assisting the thousands of Jews waiting to come to Israel and stop capitulating to post-Zionists who seek to undermine Israel’s Jewish character,” added Peleg. “It would be a crime against Zionism, and Shaked must not surrender.”

According to a State Department spokesperson, the US would be open to absorbing Ukrainians who fled to third countries if “they cannot be protected in their current location.” 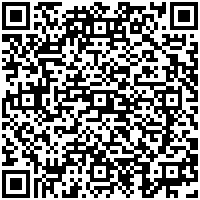