As the Arrangement Act, compelling Arab claimants against government initiated Jewish settlements to accept market value for their lands, comes up for an initial vote at the Knesset plenum, two coalition partners — Kulanu and Habayit Hayehudi — have accused Prime Minister Netanyahu and Coalition Chairman MK David Bitan (Likud) of attempting to sabotage the vote. Bitan announced on Tuesday that there may be some difficulties in rustling support for the bill.


The threat was intended to pressure Likud to make sure all the coalition partners indeed show up to support the bill. As of Tuesday night, there have been rumors that Kulanu and the Haredi parties were considering a no-show during the vote. Now it appears those rumors were manufactured on behalf of the PM, who never was in favor of the proposed law.

On Tuesday, the Supreme Court rejected a coalition request to postpone the demolition of Amona, in Samaria, on December 25. 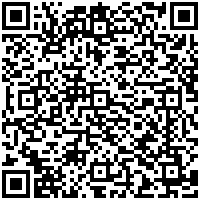