During Monday’s meeting of the Knesset Committee on Immigration, Absorption and Diaspora Affairs, Minister of Education and Minister of Diaspora Affairs Naftali Bennett presented a program to strengthen Jewish identity across the Diaspora and foster closer ties between Jews overseas and the State of Israel.

The new initiative, which is being promoted jointly by the Education and Diaspora ministries, will fund Jewish studies programs, Hebrew ulpans, and classes in Israel studies for school aged children around the world.

During the meeting, Bennett said the plan was to begin with a pilot program, focusing on dozens of elementary- and high-schools in Latin America and Europe, as well as the appointment of a planning committee to establish criteria for school programs to train teachers, and assist administrators in Jewish schools.

The committee will also operate a support network to connect educators in the Diaspora with their counterparts in Israel.

Diaspora Committee Chairman Avraham Neguise (Likud) called to strengthen Jewish identity among Jewish teenagers overseas, because, he said, they are feeling less and less connected to Judaism and the State of Israel.

Bennett responded that “Israel is responsible to protect and strengthen Jewish identity and affinity for Israel among each and every Jew everywhere in the world.”

“Jewish schools [serve] as important community centers, where the next generation is educated, and as a meeting place where Jewish identity is formed in wider circles. The State of Israel must aid educators to continue and expand educational programs bringing together the many parts of the Jewish people,” Bennett reiterated.

Bennett further said that his office was monitoring anti-Semitic activity and is accompanying Jewish communities abroad that are dealing with the phenomenon. His office is also following efforts in foreign countries to curb anti-Semitism through legislation.

Diaspora Affairs Ministry Director-General Dvir Kahane presented the ministry’s activities to strengthen Jewish identity across the Diaspora. The ministry spends tens of millions of dollars on such activities, which are also aimed at sharply increasing the number of Jewish university students who come to study in Israel, as well as assisting Jewish schools, mainly in Europe and South America.

One feature of the new campaign is to have Jews from abroad video themselves as they talk about their Jewish lives and their connection to Israel. Sample videos have already been posted on the Diaspora Affairs Ministry site.

According to Yogev Karasenty, the Diaspora Affairs Ministry’s Director for Combating Anti-Semitism, most anti-Semitism is fueled by Muslims who were born in Europe. “The Protocols of the Elders of Zion” – the anti-Semitic, fabricated text purporting to describe a Jewish plan for global domination, is very popular in Egypt, he told the committee. 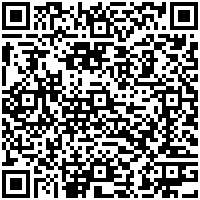