The Chief Federal Prosecutor’s Office on Tuesday (Dec. 20) freed a man suspected of killing 12 people and wounding 48 others at a Christmas Market in Berlin a day earlier.

An Israeli man was critically wounded in the terrorist attack, and his wife, who was with him at the Christmas Market, was still unaccounted for as of Tuesday. The couple was reported missing when they hadn’t returned to their hotel overnight.

The prosecutor’s office said was forced to free their only suspect due to a “lack of evidence” as it was impossible to track the truck driver via eyewitness accounts following the attack.

The investigation has so far been unable to prove the suspect, a young Pakistani national, was in the cab of the truck at the exact time and place of the attack. German officials have only 24 hours to seek a formal arrest warrant to extend the remand of a suspect in custody.

German Interior Minister Thomas Maiziere told journalists, “One cannot rule out that the perpetrator is still at large.”

The Islamic State (ISIS, or Da’esh) terrorist organization has claimed responsibility for the attack.

Authorities have warned residents and tourists to be “particularly vigilant” and report any “suspicious movement” to a special hotline.

The U.S. State Department went much further, much earlier, warning American travelers last month of a “heightened risk of terrorist attacks throughout Europe, particularly during the holiday season.”

American travelers in Europe are cautioned to be especially careful at “holiday festivals, events and outdoor markets” in what now seems to have been a particularly prescient alert. 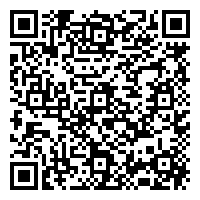